I have been MIA for a while. Even my last post was something that was written and scheduled weeks ago and I had no hand in it the day it was published here. Life has been crazy. And this mama is definitely a hot mess. But I’ve got some crazy, exciting news! I am expecting one last little one and my family is about to get even crazier.

This means big changes, between what I can do here, and what I can handle at home. I’ll be writing more soon about what a pregnancy means for someone like me right now. But for now, thank you for everyone who reads, shares or follows. I appreciate you all and I’m excited to get to writing a bit more very soon.

It was in between the two adorable little hooligans I have now that I had a pregnancy that did not go so great. It started and ended in such a whirlwind that I barely had time to grasp what had happened to me. One minute I was puking for no reason, then came that positive test and all of the emotion that goes with it. I was thrilled. I started off with the usual morning sickness, but then started losing it very quickly. I was getting less and less nauseous, and although it was great, it worried me. It felt wrong, but I held onto hope that things were okay.

Then my appointment finally came. I went with my husband, practically bouncing with excitement and chattering nonstop in an attempt to distract myself from my unease. But when it came time for the ultrasound, I found why things felt wrong. My baby was gone.  She should have measured at least 8 weeks, but only measured 6 and there was no movement or any heartbeat detected at all. She was just… gone. I nodded along with whatever the doctor was saying to me, as my throat closed up and my heart started to race. My eyes started welling up with tears and I was desperate to get out of that office. I practically ran out of the building to confront a massive panic attack the second I was outside.

Now I’ll be the first to admit, as far as losing a baby goes, a loss at only 8 weeks doesn’t sound nearly as bad as it could have been. I think the further along a pregnancy is, the worse the loss feels and the harder the grief. Even though this is the worst I’ve been through, I truly believe it could have been worse. But once thing you can’t deny, is that after a miscarriage, stillborn, whatever, you’re still losing a child. I had previously been one to think that an early loss wouldn’t be that bad, but there are things that I found linger long after that baby was gone.

Good ole grief and all its five stages of suck, and it all happened so quickly. Of course there was denial, because I swear to you I refused to believe my baby was gone until I was holding her in my hands and putting her in a little bracelet box to bury in the backyard. I told myself that the ultrasound machine was probably old and faulty. They never turned the sound on, so I didn’t not hear a heartbeat. Anything made sense to me at that point, until logic hit and it didn’t.

Then of course there’s anger, in this case it was, “Why God, why would you let this happen!” It took a toll in my marriage too. My husband was grieving in his own way, but not in a way I understood. So I got angry. I lashed out at him over and over, accused him of not caring that we lost a child, accused him of not caring that I was in pain. It wasn’t until I overheard him on the phone with a church member that that changed. I heard him say that we lost the baby, and then he just started sobbing. I’d never heard him cry like that before, and I never have since. My heart broke all over again and I hated myself for treating him the way I did. But the anger died down.

Bargaining made no sense in this scenario but I tried anyway. I begged for God to take the pain away. For me to wake up and realize it was all a horrible dream. I begged for the whole thing to have been a miraculous mistake and that I’d soon be puking again and rushing to the hospital to find that I didn’t lose my baby after all.

And of course, there was the depression. As I struggle with major depressive disorder in the first place, something like this can easily send me spiraling. All of the anger, the lashing out, the expressive sobbing, it all just stopped. I walked around numb for months, even when I found out I was pregnant again. I couldn’t bring myself to be happy about it. I couldn’t bring myself to feel anything at all.

Acceptance is the last stage of grief, but that part had to wait.

First there was the feeling like I could have done something to save my baby. Then it was guilt for how I treated my husband when we were both suffering. But then I was pregnant again and guilt became my number one emotion. When I got that positive pregnancy test, I had a feeling in the back of my mind that I should be excited. I decided that I was happy about it, even though I couldn’t feel that yet. But I sure as hell felt guilty that I didn’t feel happy about it. Every step of the way, every bit of happiness that should have followed with that pregnancy was tinged with lingering grief from the baby I hadn’t given myself time to mourn. And every time I felt sad instead of excited, there was that guilt. I felt like a horrible mother for not being happy about my own baby. And it lasted until well after she was born.

Until one day, I finally reached that point of acceptance. Yes, that other baby was gone. I was never going to forget her, but I wasn’t going to let the pain take away from the one in my arms either. I think my daughter was a couple months old before I really let go and was able to really feel the whole impact of her.

This was the part that I’d never heard of. But something changed that shook me to the core and over four years later, it’s still sometimes there. I’ll just be sitting in the living room watching my kids play, and out of nowhere get this overwhelming sensation that I’m missing someone. I take another look, count one, two, and for a split second, my heart asks me where the third is. My sweet babies will be playing so happy and my heart will just lash out and remind me what I’m missing. I’ll think something along the lines of, “there should be three playing here. I hate that they’ll never know their sister.” But then I remember that that would be impossible. My daughter was conceived fairly quickly after our loss. If that baby had survived, the daughter I have now would have never existed. And wishing it was possible, even for a second, brings back all of that grief, that guilt and that pain.

I’m not saying that there’s an actual ghost. I don’t even know if I believe in that stuff or not. But I never expected my heart to hold a place for a baby that I won’t know in this life. I didn’t expect it to betray me and suddenly start wondering why she’s not here. And I certainly didn’t expect the feeling to linger for so long. My heart aches and longs for someone I can’t ever see or touch. I expected it to fade, and it has, but it doesn’t stop, and it hits me like a ton of bricks every time.

What if it happens again? For the longest time this was just an almost harmless thought in the back of my head. But then something happens, and it shoots to the surface, menacing and terrifying. I’ve been going through this recently. Finding out I’m pregnant again, my husband immediately asked to wait for a while to tell people. “Just in case.” Of course I knew what he meant and I agreed. I wouldn’t want to announce it to the world and get all excited only to lose my baby again and have to share that with the world.

Weeks I spent counting down until I hit that second trimester, that beautiful safety net where experts agree risk of miscarriage drops dramatically. And I made it. But not without some sleepless nights and worrying my days away. Round ligament pains, nausea, absence of nausea, back aches, headaches, all the normal things you go through during that first trimester suddenly aren’t just annoyances anymore. They’re doubts and fears and torments, hinting at destruction to a fragile mama just trying to be okay. Just trying to hold on until she can feel confident that her baby is okay. 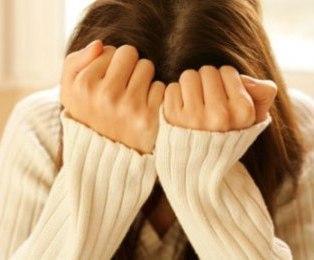 In the end, what I expected was to grieve for a while, work through it, and move on. Instead, I know now that she’ll stay with me forever. Things are different now though. I can think about her without immediately bursting into tears. I can look at her ultrasound picture and smile fondly. Hell, I can even talk about it out loud without breaking down(most of the time).

Miscarriage is so common and so often kept quiet that it’s easy to think you don’t know anyone who’s been through it. But I bet you do. I learned about family members and friends who suffered in silence, even as many as 7 times! You don’t need to be quiet about it. It may be an uncomfortable topic for some, but there are plenty of us out there(unfortunately) who have been through this too and we are happy to lend a shoulder to cry on. Whether you lost a baby at 8 weeks, 28 weeks, or gave birth to a stillborn, you still lost a baby. You are still a mom and you deserve to grieve the way you need to. Hang in there mama. It might not ever go away, but it does get better.