I read something recently that caught my attention. Now, I’m no expert so please bare with me here while I try to explain scientificy terms in a way simpler people(me) could understand. Disclaimer: I just thought this was super fascinating but I am in no way giving medical advice as I am not a medical professional. For actual medical and mental direction, contact your psychiatrist, therapist, dietician, etc for advice tailored to you.

Okay, so in studies on the brain and how it works, scientists compared the brain of a person with ADHD to the brain of someone with a cocaine addiction. What they found, is that the two brains had something in common. They had the same level of dopamine receptors! I always forget what these pesky brain chemicals do, so I looked it up to be sure.

Dopamine is a type of neurotransmitter. Your body makes it, and your nervous system uses it to send messages between nerve cells. That’s why it’s sometimes called a chemical messenger.

Dopamine plays a role in how we feel pleasure. It’s a big part of our unique human ability to think and plan. It helps us strive, focus, and find things interesting.

If you click on the word dopamine highlighted in blue above, you’ll find much more information on dopamine and its role in our bodies. But long story short, excess or lack of it can lead to some ridiculous consequences. Lack of motivation, difficulty learning and retaining information, pain processing, even affecting sleep and your overall mood. Hence, why it’s such a big deal!

That being said, a “normal” brain is supposed to make dopamine on its own. How dare my brain betray me like this! So this is how I look at it. For an addict, they probably made a dumb decision, which felt good, leading to a few more dumb decisions. Like me when I eat just one sugary, carby treat and tell myself it’ll be just this one time, and then a month goes by and I’ve gained 10 pounds… So when you make that dumb decision like use drugs or eat that damn brownie, your brain gets a hit of dopamine, and it feels good. After, the brain is like, “Oh cool, you gave me some dopamine without me even having to make it! Let’s do it this way from now on.” I get it, brain. I’d rather someone cook for me than to slave over the stove myself.

But for someone with ADHD, our brains are more like, “Welp… This dopamine stuff? It’s hard. I don’t feel like making it. Let’s just figure things out without it, okay? Actually… If we don’t, that’s okay too. Whatever.” It’s like our brains are too tired to actually cook up that dopamine on their own. And without help of any kind, we’re starving. BUT, there are three directions we can take.

First, and easiest: We just stay in this lane. We’re already used to feeling like we’re starving. It’s not new. It’s just life, right? I mean yeah, it would probably feel nice to be full(of motivation) for once, but eh. We’re okay. (That’s a lie, no we’re not.) I think many of us go in this direction at some point before it occurs to us that we can actually do something about it. But let’s face it, even then, it takes a while to get off the couch. We’ve got too much thinking to do first!

Second option: HELP. Whether it be a low carb/sugar free diet paired with all the essential oils and a virgin sacrifice and therapy and medication and whatever else, we look for something that can help in the long run. This is awesome! As long as your parents believe that you actually need help. As long as your doctor believes you. As long as the side effects of the meds don’t make things worse. As long as you’re lucky enough to find the right meds quickly enough. As long as everything goes fine because we need that dopamine NOW because LIFE. IS. HARD.

Onto option number three: Self medication. Dopamine comes in many forms. Drugs, meds, sugar, getting attention on social media… Calling myself out on those last two. With ADHD it’s so so easy to find an addiction. I’ve never gone down the path of DRUG drugs. I consider myself lucky in that way. But I’ve turned to many other things. Sex. Alcohol. Eating spoonfuls of nutella out of the jar at 1 in the morning. And of course, meds. Which yeah, are drugs, but like the prescribed kind. Because they’re so much less harmful, right? (insert sarcasm here)

For the sake of brutal honesty, ADHD sucks sometimes, and trying to navigate which option to try is hard. Even dangerous, because individuals with ADHD are more likely to form some sort of addiction than our neurotypical friends, in an attempt to make up for our brains failure to make that one thing we need. ADHD can be rough, so if someone does something for that dopamine hit that you wouldn’t approve of, try not to judge. Maybe try to help if they are at risk of hurting themselves or anyone else because of it, but leave the little things alone. We all cope differently, and especially in these times, I think we’re all a little messed up anyway.

So let’s just chalk this up to a lesson. Maybe your significant other has it. Maybe your kid. Maybe that super hyper coworker. Maybe it’s you and you needed to hear from someone who gets it that you aren’t alone, and that you’ll be okay. HEY, YOU GOT THIS! YOU’RE GONNA BE OKAY! Cuz hey, you’re not the only one addicted to your ADHD. 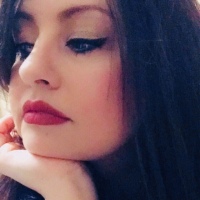 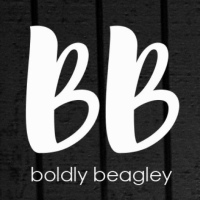 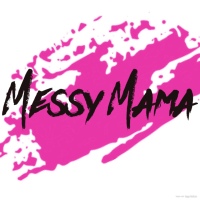 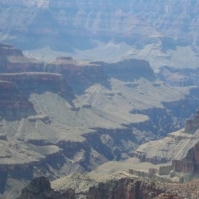 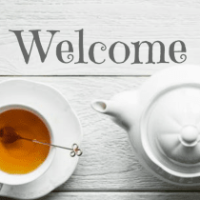 Blogging about life when it goes in all the directions

Living a Life of Faith and Hope with a Rare Disease